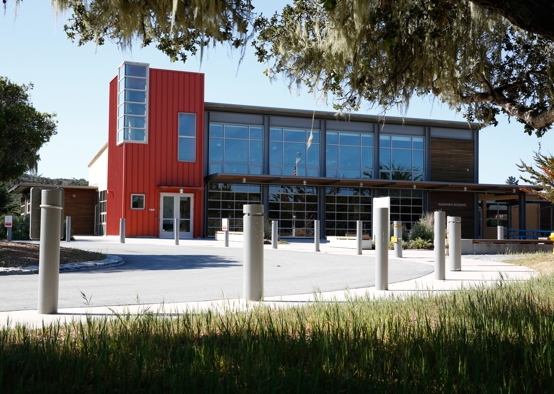 Situated on 60 acres adjacent to the Pacific Ocean in Seaside, California, Chartwell’s campus provides students and faculty with a beautiful natural environment. Our campus is home to wild deer and turkeys, features a two mile perimeter trail and is covered in coastal oak woodlands and marine chaparral.
Designed by EHDD, when it opened in 2008, our campus buildings were awarded LEED certification at the highest level, LEED Platinum. Some of the features that are unique to our campus include:

We are deeply proud of the advances our students make every day. Sitting in carefully designed classrooms, our students become capable, confident learners. We know that their surroundings support their success, and so we are also proud of our award-winning program and green campus. Major awards to date include:

Top 10 Buildings in the World Award, 2009 from the American Institute of Architects

Livable Buildings Award, 2009 from "Center for the Built Environment" at UC Berkeley.

Innovation Award for Construction Techniques and Materials, 2007 from the California Association of General Contractors.

Business of the Year Award, 2006 from the Monterey Peninsula Chamber of Commerce